Make an eco-friendly choice for yourself this 2022

Made in India Sustainable Clothing Brand 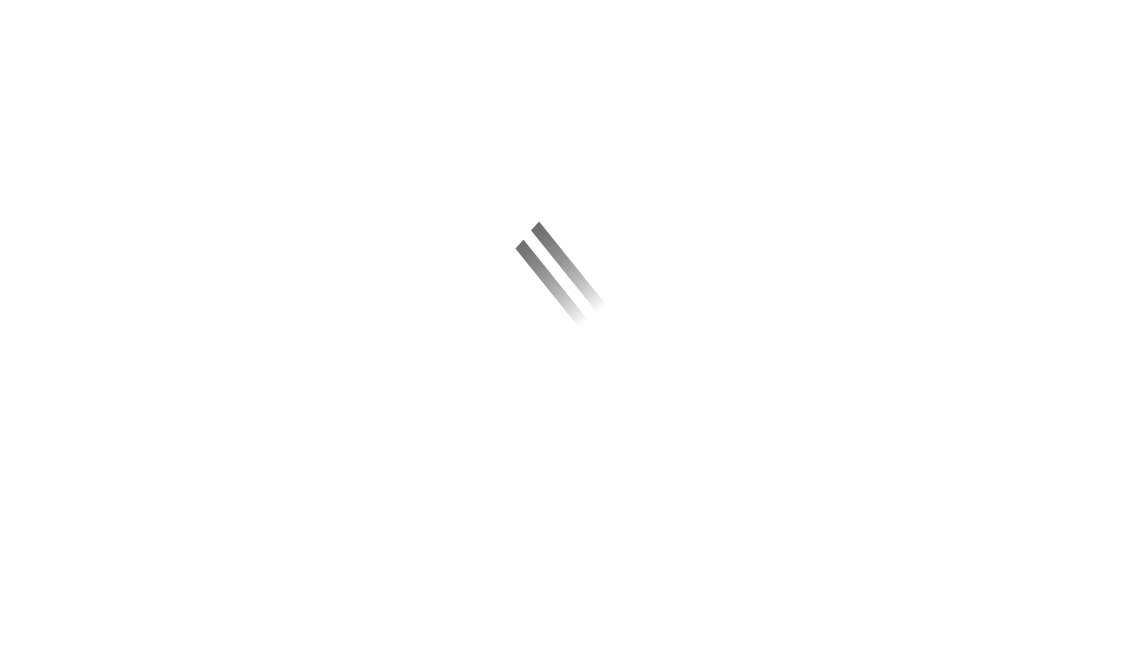 Climate Change Explained and How Clothing Industry could make a Difference 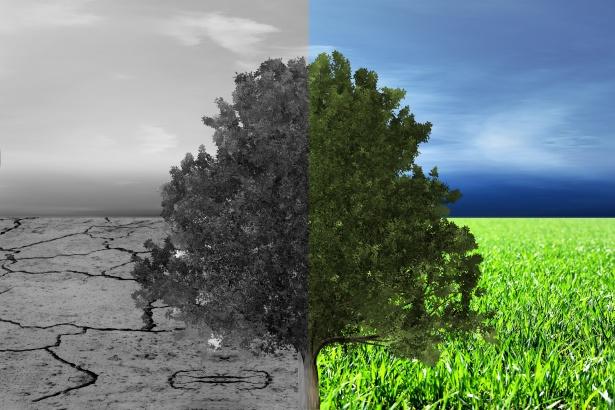 Climate change has been an issue since the 1830s; in the past 192 years, a few steps have been taken, but significant changes are yet to come. Karmikh intends to instil this sense of urgency in everyone to have a positive impact on the planet.

If you’re not already aware of climate change, relax. We simplified everything in a way that can even be explained to your mom.

What is Climate Change?

Climate change is a term used when a substantial difference in weather conditions is noticed along with steep temperature changes. It can be caused by natural phenomena like the solar cycle, volcanic activity, or changes in the earth’s orbit.

However, the man-made causes are much more serious. Ever since the Great Revolution in the 1800s, the face of the planet has witnessed rising temperatures, resulting in the rise of sea level due to the greenhouse effect. 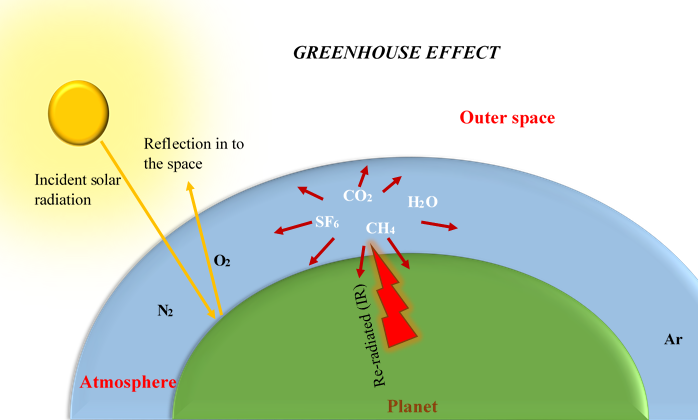 Greenhouse effect functions similar to a greenhouse with glass walls. The atmosphere allows sunlight to hit the earth’s surface, but gases such as water vapour, methane, carbon dioxide, nitrous oxide, and chloro-fluorocarbons prevent the heat from escaping. This phenomenon is called global warming, and these gases are formed due to the burning of fossil fuels, as they produce CO2, which is a greenhouse gas.

According to the United Nations, transportation, agriculture, and energy are the highest emitters of greenhouse gases.

The Causes of Climate Change

At Karmikh, we consider protecting and restoring our environment a responsibility. Climate change doesn’t only cause extinction; it even disrupts global weather patterns. The effects of climate change are imposed mostly on areas with the lowest carbon emission levels.

Here are some of the common causes of climate change:

Our planet has experienced severe climate alterations in the past too, way before humans came into existence. Forces from the sun, frequent volcanic eruptions, and natural greenhouse gases are some of the natural forces that contribute to climate change. The stats that we see while standing in 2022 cannot be explained by any natural means.

The amount of sunlight received by us plays an integral role in climate change. The axis of rotation and changes in the earth’s orbit can have significant impacts. This relationship between the Earth’s orbit and climate change has existed since the ice age.

According to NRDC, the average global temperature during the cold period was 11 degrees colder and the warmest period was 2 degrees warmer.

Much like rotation has an effect on the duration of sunlight, the intensity of light that reaches the earth’s surface is determined by the sun. Only in the last few decades has it been discovered that solar activity can influence climate change.

Here are some factors that influence climate change but not to a significant percentage: Volcanic activity, earth reflectivity, and natural changes in CO2 concentration 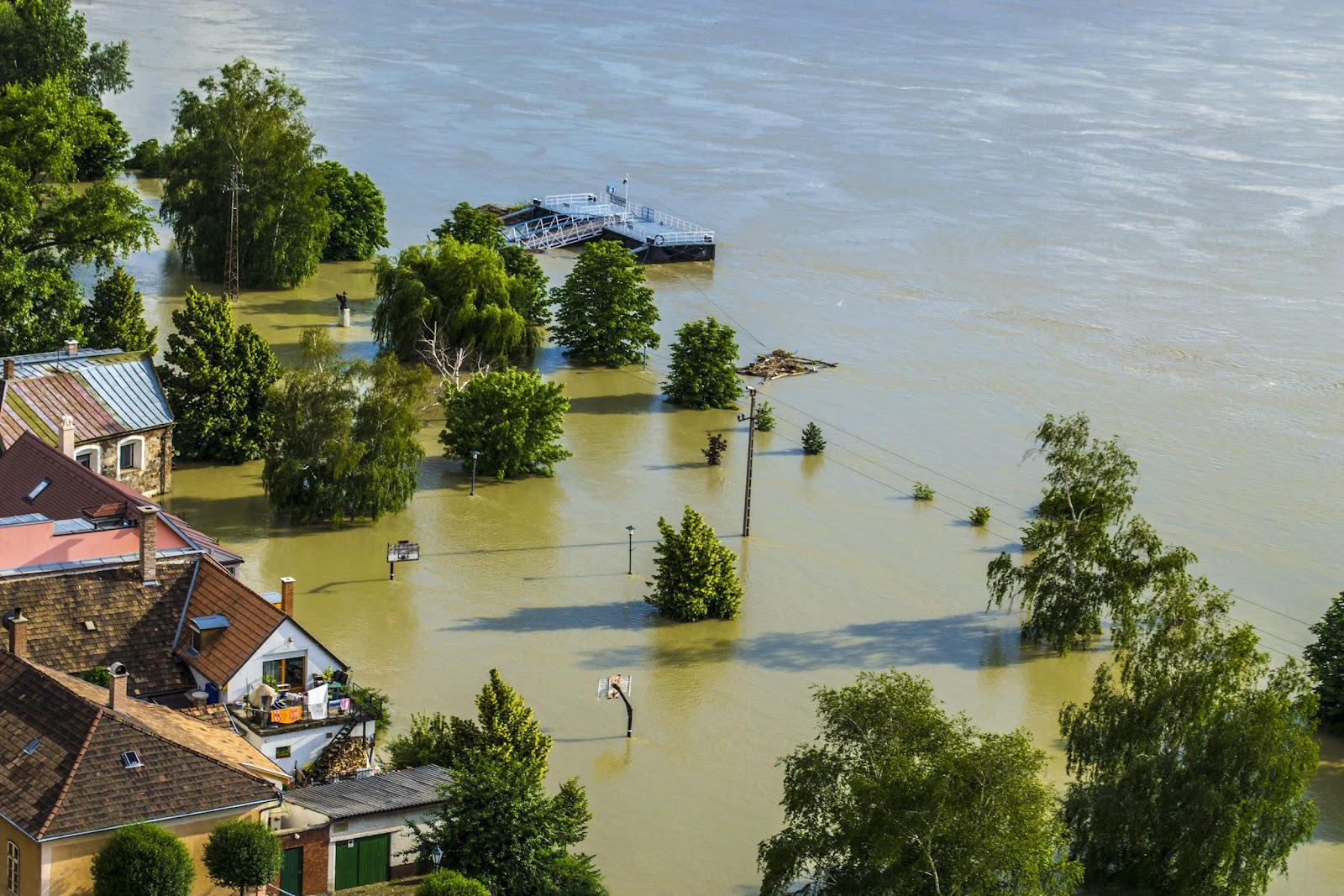 The Effects of Climate Change

The effects of climate change vary from our health and housing to crop production and the extinction of species. The areas with the least development are affected the most by changing climate. According to the World Population Review, China is the top carbon emitter with 11,535 million tonnes of CO2. India is just behind in third place with 2,597 million tonnes of CO2 emissions.

Here are some of the effects caused by carbon emissions:

The World Economic Forum stated in their Global Risks Report 2021 that failing to adapt to climate change is far more threatening than a water crisis or weapons of mass destruction. We are facing a much larger challenge here because climate change affects even the water that we drink.

According to NRDC, a 2020 study showed that one-third of animals and plants could become extinct by 2070 if no actions are taken towards the causes of climate change.

How can the clothing industry make a difference?

The clothing industry, on average, contributes 2 to 4% of CO2 emissions, which is even higher than the aviation industry. Shocked? So we’re we. We knew little about the true cost of our wardrobe. 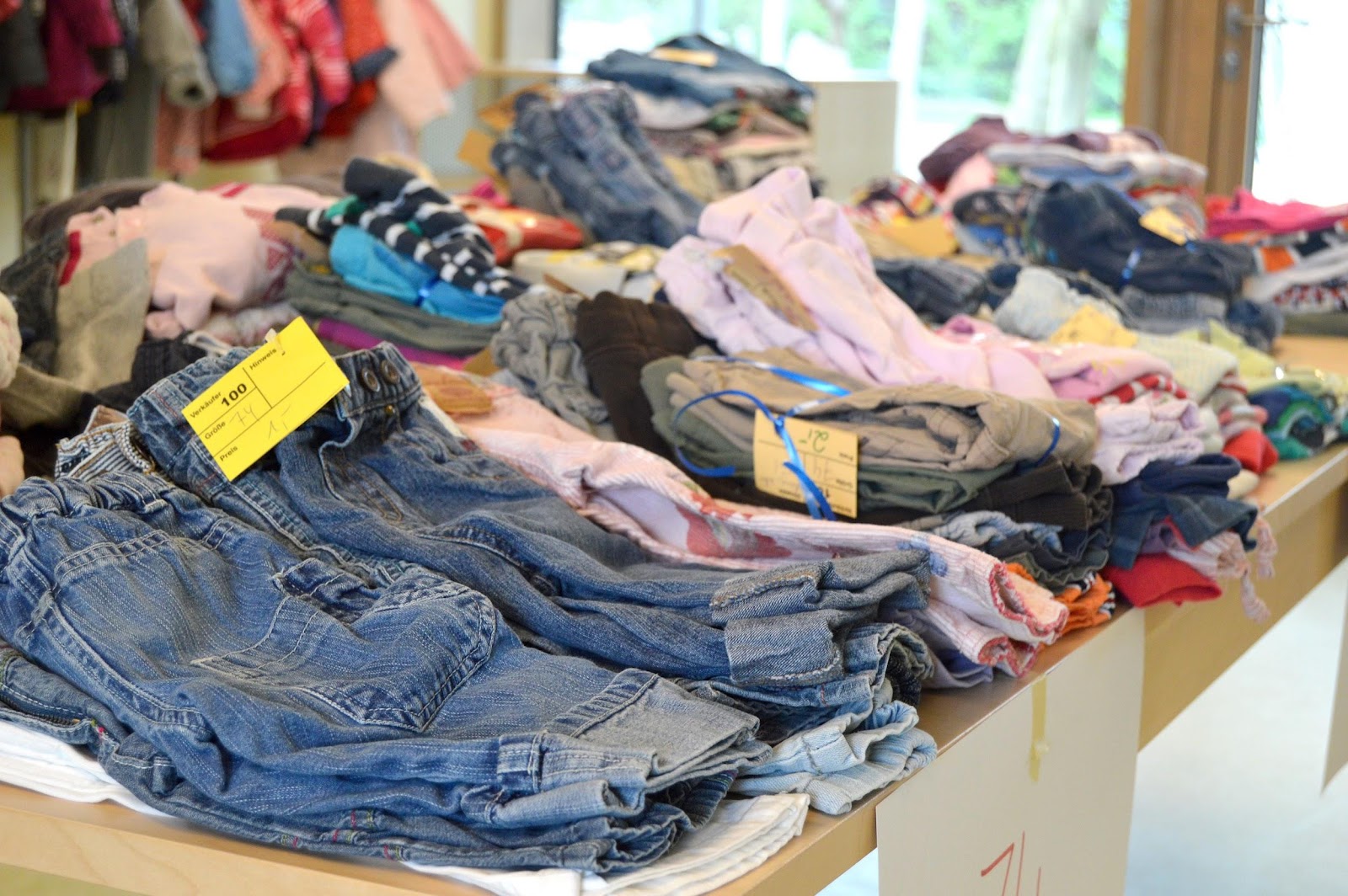 It isn’t all bad news — the clothing industry is capable of bringing essential changes.

Here are some of the tricks used by us to accelerate our path toward sustainability:

With your support, Karmikh is carbon-neutral and we’ll even go carbon-negative very soon. But first, it’s your turn to reduce your carbon footprint, or even turn carbon-negative. Making the right choices at the right moment is crucial at all stages of life. Now’s the time for us to act to save our planet.

Climate change is happening, and without a doubt, it is a human rights issue. The first step towards sustainability starts with awareness; one doesn’t act unless one knows. If you are already aware of climate change, educate others and spread awareness. Even the slightest contribution can be beneficial in the long run.

Shop at Products and start making positive impacts right away. Take it to the next step by following us on our instagram @karmikh_official and joining the KARMA Movement .

Get updates on latest Blogs and Product Launches 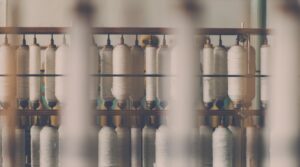 With sustainability becoming a major issue in recent times, we often come across the term “Organic Cotton.” Even though it took us a little longer 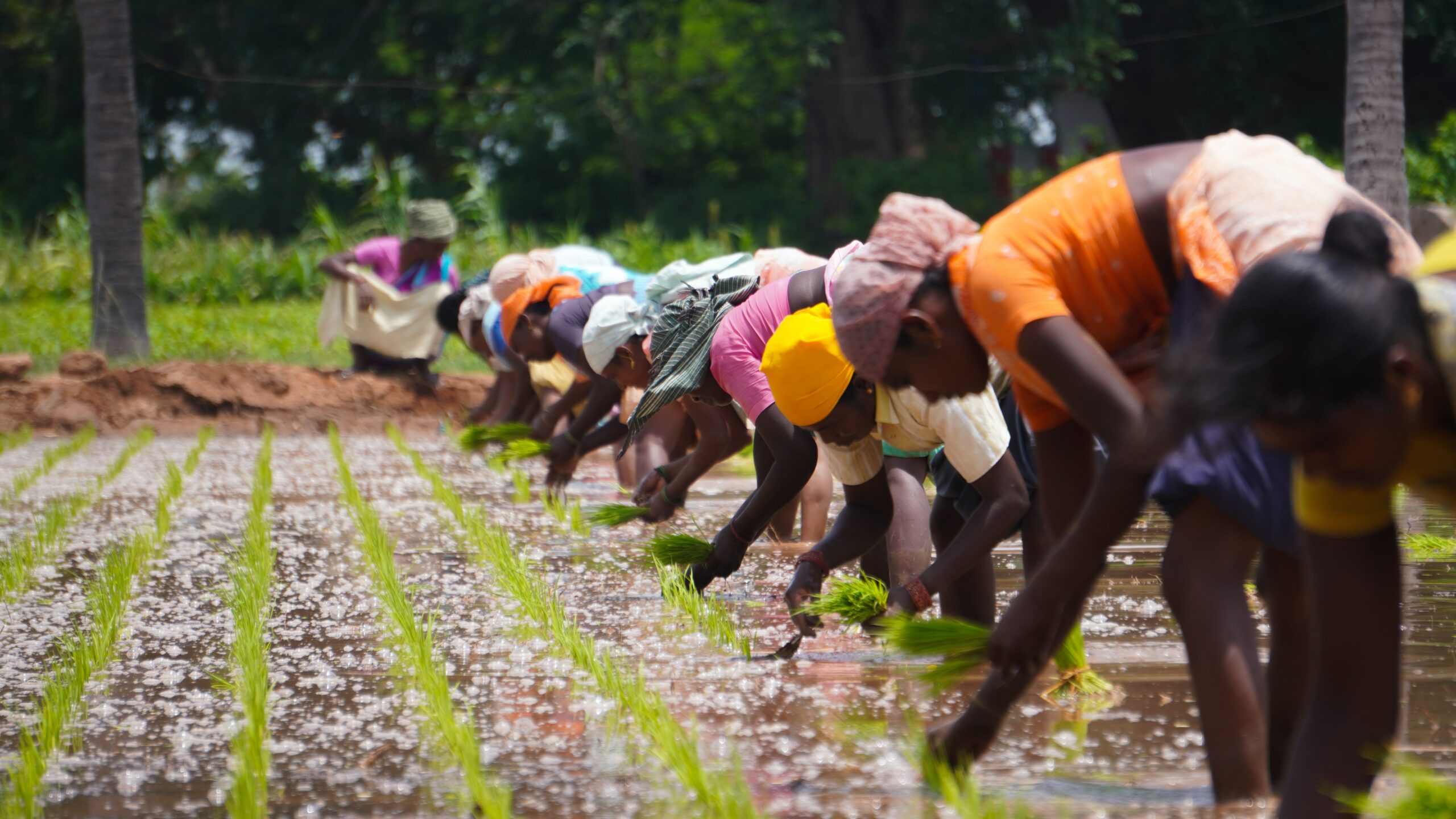 We believe you will agree with us when we say: Global issues cannot be addressed with your arms folded. Right? Well, one can definitely spread

Karmikh is a brand that uses the finest quality sustainable fabrics to create a new generation of eco-friendly products.